The Myth Of The Thick Skinned Leader 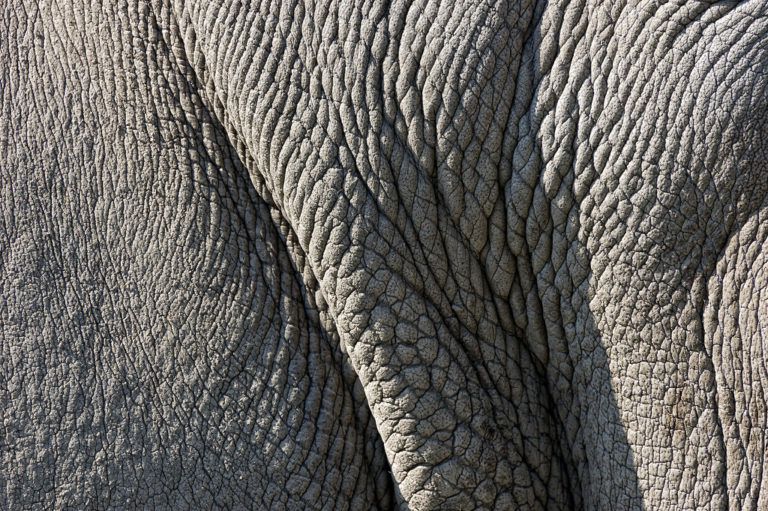 “Thick-skinned (thĭk′skĭnd′)adj.1. Having a thick skin or rind 2. Not easily offended. 3. Largely unaffected by the needs and feelings of other people; insensitive, callous, unfeeling, hardhearted, etc”

“It helps to have a thick skin to work here,” the CEO said to the candidate during the interview. The candidate, a client of mine, responded with a nod and a smile, unwilling to show any signs of concern or “thin skin” which might disqualify him. Later, he reported feeling his stomach tighten, admitting to anxiety and a visceral response to the perceived threat of not knowing exactly what about the boss or the culture required people to “armor up” in order to work there. He knew he could make a significant contribution. He had faced challenges before in harsh and non-collaborative environments, but questioned whether it was in his best interest to sign up for another position and company where this was the norm. “What is it about this manager or environment that requires me to have a thick skin?”

That possessing a “thick skin” is in fact still considered a positive leadership attribute is a relic of cultures that believe it is healthy (and possible) to leave parts of an employee’s humanity at the door. It may be indicative of leadership uninformed of the importance of emotional intelligence and therefore unable or unwilling to take in information from others which would better inform their strategies and decisions. It may also reflect a culture where the complaints of others and strategic issues which arise are seen as roadblocks rather than signposts on the road to a successful, growing and dynamic organization.

The myth of the thick skinned leader equates to belief that being impervious makes one more effective. Having a thick skin can be thought to range from being stolid, rigid, implacable to being able to brush aside emotional upset to stay on track and undeterred. We would all agree that not being easily offended is a positive trait, but valued to the extreme, has the potential to skew to a point of implacability. There is a price leaders pay for not letting themselves ‘feel the pain,’ as it can truly affect and minimize the agility and resilience of the leader and her organization.

All leaders face a time when their courage is challenged. At times like this, humans tend to default to conditioned tendencies designed to create safety. Mike, for instance, the CEO of a large, public organization, prided himself on his thick skin. In fact, he credited his ability to achieve position and rank to his ability to deflect criticism and “soldier on” in the face of difficult odds. This strategy was working against him, it seemed, when it became apparent to him that the Chairman of the Board was undermining him in significant ways. Mike responded as he had in the past, shielding himself from internalizing roadblocks, and with determination to gain Board approval, doubled his efforts.

The more you try to shield yourself from negative information, the more distorted your reality may become.

Mike’s high endurance to stress was not his greatest ally, and as the conflict spiraled he reached a breaking point which stopped him in his tracks. This breakdown created the opportunity for him to shift gears, see the limitations of his approach and feel and internalize the effect of the threat he was reacting to. Mike’s coaching work not only enabled him to stop and recalculate, it effected how he showed up and was present somatically. Mike as a “commanding” and impervious leader had a barreled chest, retracted and tightly constrained eyes and stiff chin. With time, Mike reorganized his energy from the narrative of “going into battle” to leading through connection to himself. As he acknowledge the instability he was experiencing in his environment and how this showed up in his body, he began to bring attention to feeling solid and grounded in his legs, integrating top with bottom half. With this, his feeling of confidence and connection with himself also shifted. Experiencing that he now had a choice to be on solid ground through connection with himself, he also showed up as more open and trustworthy to others.

Maintaining a healthy organizational immune system requires ongoing receptivity in order to let in the elements that will keep it strong and healthy. Without this, dysfunction avoids detection and becomes neutralized within the environment. It is vital for leaders to be porous to a reasonable degree to the internal frictions and irritations as well as being attuned to factors affecting the market. In so doing, they influence and co-create cultures that allow for sharing of information, registering of complaints, solving problems and moving forward at a pace that meets current and changing realities. They also create a culture that attracts and cultivates leaders not based on superficial criteria of how “thick-skinned’ they may be, but how able they are to learn from their mistakes, relate effectively, demonstrate emotional intelligence, and step into conflict skillfully and generatively.

You have successfully subscribed!